Harness the full power of the latest technologies with your electronic signature solution, available on web and mobile app. Build trust in your customer relationship easily with our comprehensive and dynamic solution. Benefit from the 300 other active modules on your UERP platform. 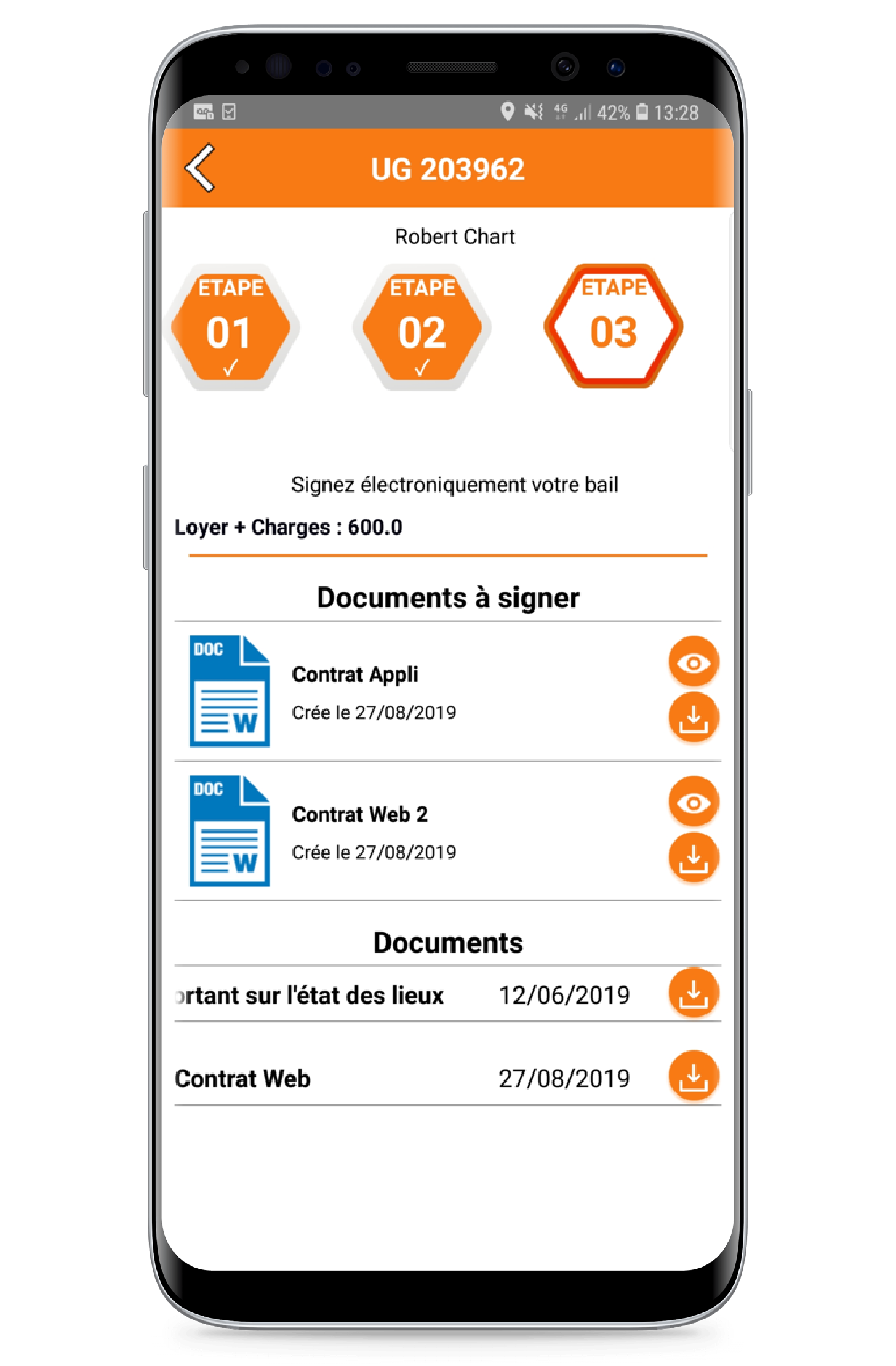 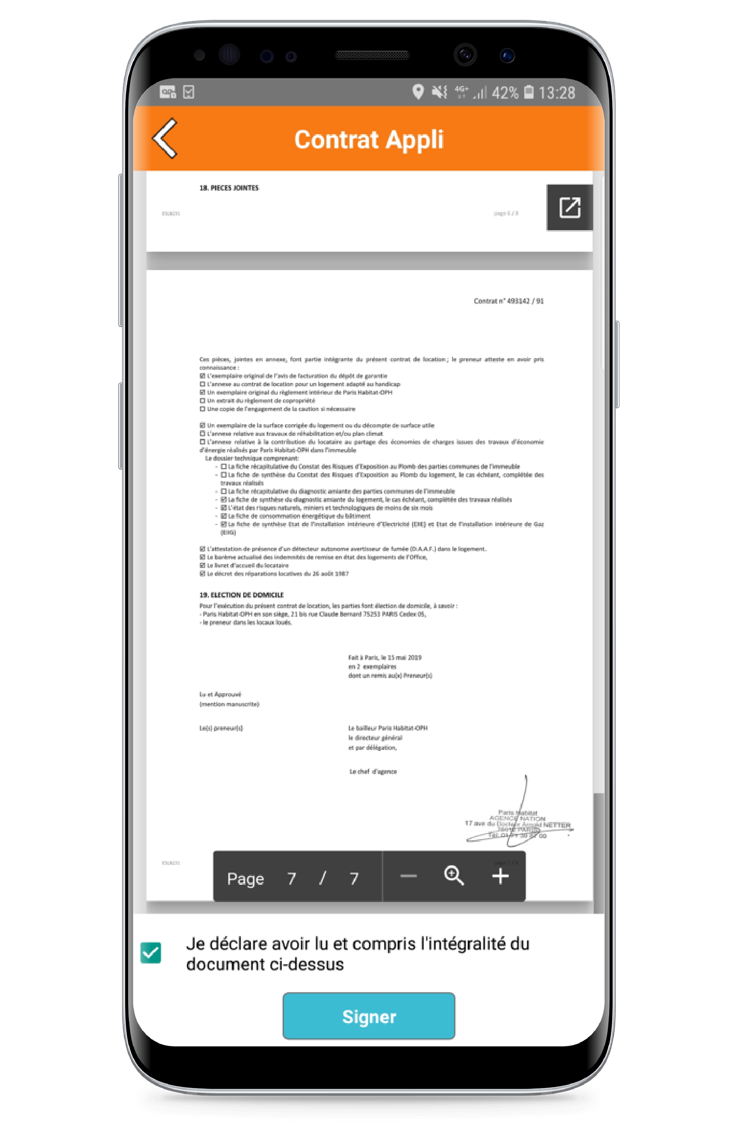 The simple and mobile signature

– Easily integrate the signature of documents into your customer relationship processes (onboarding, …).

– Sign your documents in a mobile app or on the web to interact with them via their preferred channels.

A guarantee of security

– Implement the signature with 2 authentication factors (password and code generated by SMS) to reinforce its legal validity.

UERP is the publisher of the UERP platform, cutting-edge technology in the dematerialization of processes. UERP U-SIGNATURE is the electronic signature certification component with legal validity. The technical and legal elements relating to this solution are described below.

UERP U-SIGNATURE is based on method 2 – Advanced electronic signature – whose legal robustness is perfectly suited to the needs of large organizations. The process implemented is based on a single secure account based on the email address with an authentication identifier, coupled with a valid mobile phone number. These two channels are available and provided for all signatories. The re-entry of the authentication password is required for each signature as well as the entry of a digital code which is sent by SMS to the signatory at the time of signing in order to have a double certification of his identity when signing. Signature.

UERP U-SIGNATURE produces during electronic signature by a third party: files containing all the information of the document signed on the platform in data set format for their dematerialized transmission; a non-modifiable PDF document including all the information as well as the document signature key; as well as an electronic certificate associated with the signed document: it is a second PDF file encrypted and protected with non-modifiable AES 265 encryption certifying the identity of the signatory, the date and time precise to the second of the signature, identifiers connection, optional location and the key corresponding to the document.

This method therefore meets the conditions required for the qualification of advanced electronic signature.

Each step of this procedure makes it possible to record the elements that will serve as evidence if the signatory disputes the signature. As the evidence is irrefutable, a case of refusal of this signature by a court cannot arise.

According to paragraph 15 of REGULATION (EU) No 910/2014 OF THE EUROPEAN PARLIAMENT AND OF THE COUNCIL of 23 July 2014 on electronic identification and trust services for electronic transactions in the internal market and repealing Directive 1999/93 / CE, the advanced electronic signature is not subject to any obligation of audit by a third party and is not the subject of a decision by a control body.

The Advanced Electronic Signature is defined by ANSSI which follows European directives as a substantial security process. In the event of a dispute, the organization that sets up the electronic signature process – UERP – provides proof that the signatory is indeed the person who signed.
This confirms the legal validity of the UERP U-SIGNATURE electronic signature in all states of the European Union as well as states that have signed reciprocity agreements with the European Union on these matters.

The robustness of our solution guarantees a total absence of risk:
– UERP provides signed certificates that cannot be changed
– These certificates irrefutably guarantee the registration of the signature and the identity of the signatory
– This signature is recognized as legally applicable according to the XYZ directives of the European community
– To be put in default, a complainant must succeed in providing proof of insufficient signature, which is technically impossible
UERP ELECTRONIC SIGNATURE’s certification levels were established during working meetings between UERP and ANSSI – National Agency for Information Systems Security – as part of a series of working meetings between June and September 2019.

Critical data stored by UERP is encrypted. UERP is based on AES (Advanced Encryption Standard). Encryption supports multiple encryption keys, they are identified by a key identifier which is a 32-bit integer. Access to backup data is protected, including outsourced data, as backup data is stored exclusively in ISO 27001 certified facilities.
All communications between users of the UERP platform are protected by state-of-the-art algorithms such as SSL certificates for https protocol with Secure Hash Algorithm SHA 256 encryption and SFTP protocol. Device communications are secured through the extensive use of tokens to secure data access and communications and limit data exchange to restricted applications and devices.